From Uruguay. Lives and works in Montevideo.

There are 3000 shoe shiners who go out into the streets of La Paz and El Alto suburbs each day in search of clients. They are of all ages and in recent years have become a social phenomenon in the Bolivian capital. What characterizes this tribe is the use of ski masks so they will not be recognized by those around them. They confront the discrimination they face through these masks. In their neighbourhoods, no one knows that they work as shoe shiners, at school, they hide this fact, and even their own families believe they have a different job when they head down to the centre of the city from El Alto. The mask is their strongest identity, which makes them invisible while uniting them. This collective anonymity makes them tougher when facing the rest of society and is their resistance against the exclusion they suffer because they carry out this work.

For three years, Federico Estol has been collaborating with sixty shoe shiners associated with the shoe shiners newspaper “Hormigón Armado”. Together they planned the scenes during a series of graphic novels workshops including backgrounds of the new Andean architecture of El Alto. He spent three years of a participative essay with the shine heroes as producers and actors of a street photobook newspaper style to fight against social stigma. Today this group sells the newspaper more than being shoeshiner, the art transforming discrimination into a sign of struggle and survival that helps the social integration. 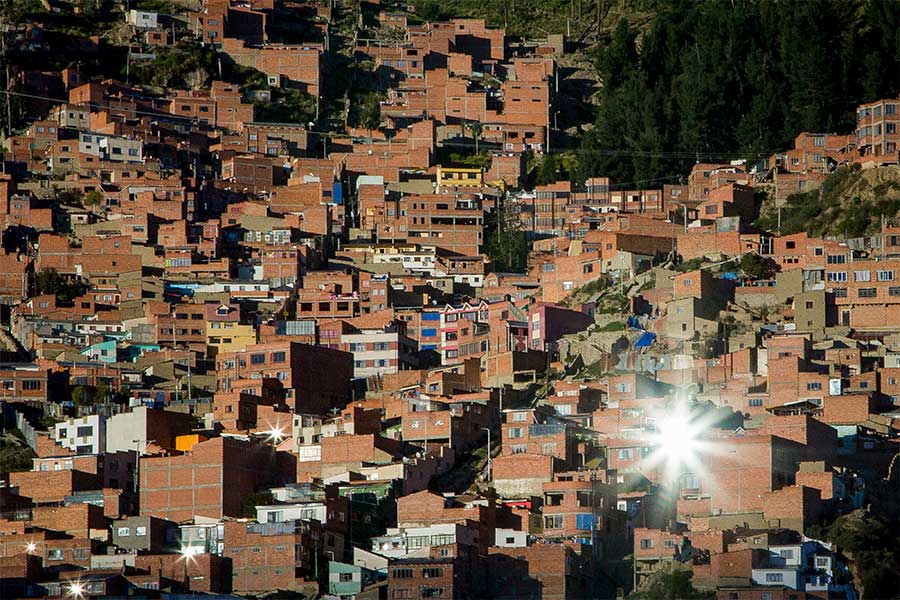 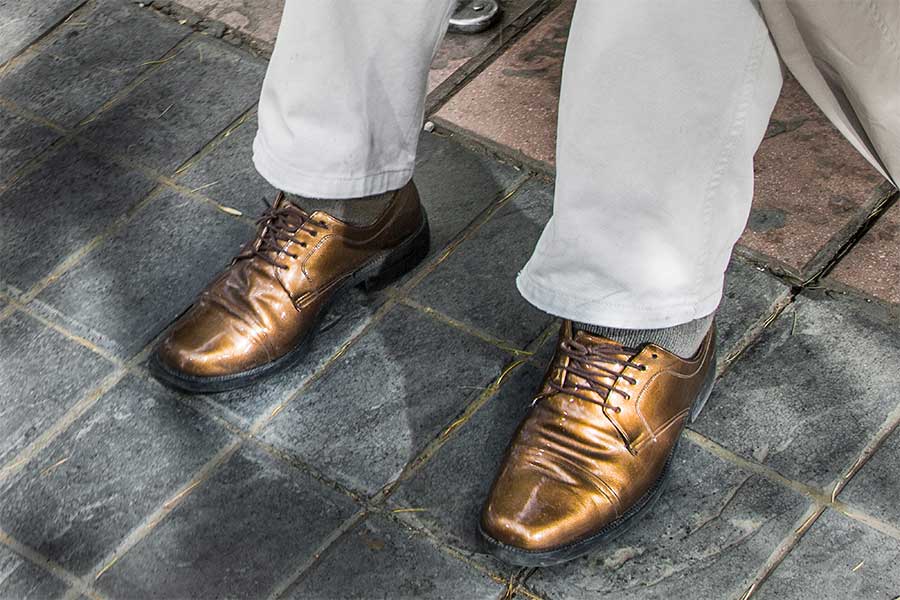 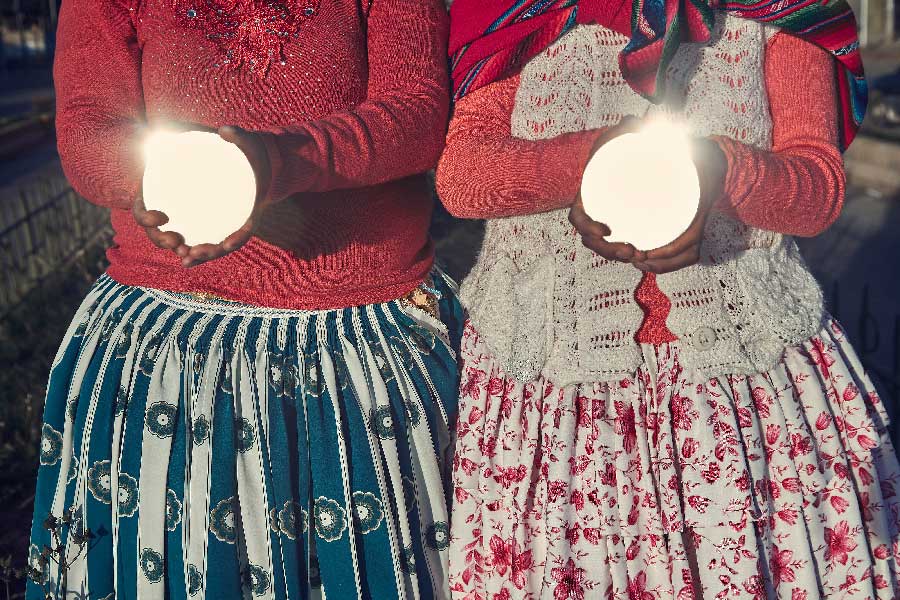 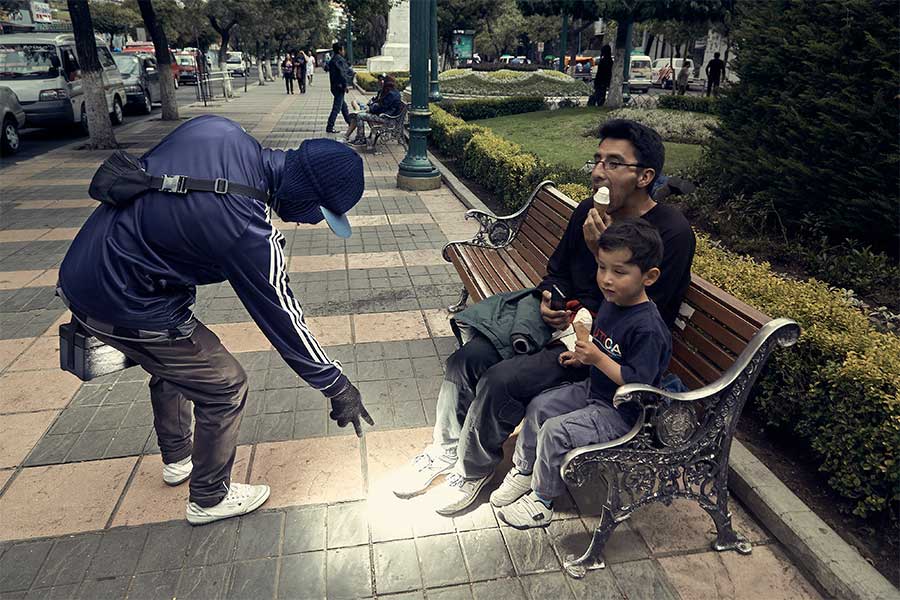 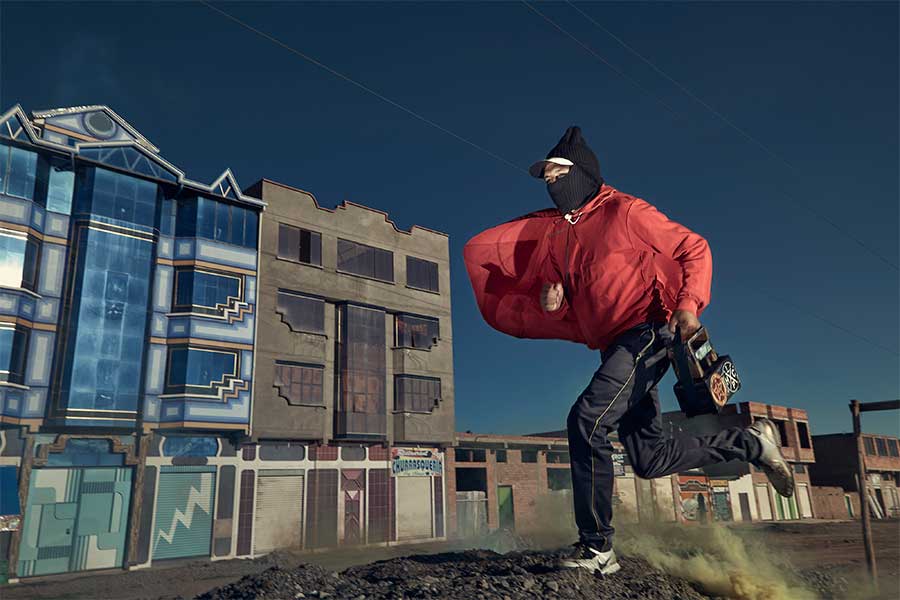 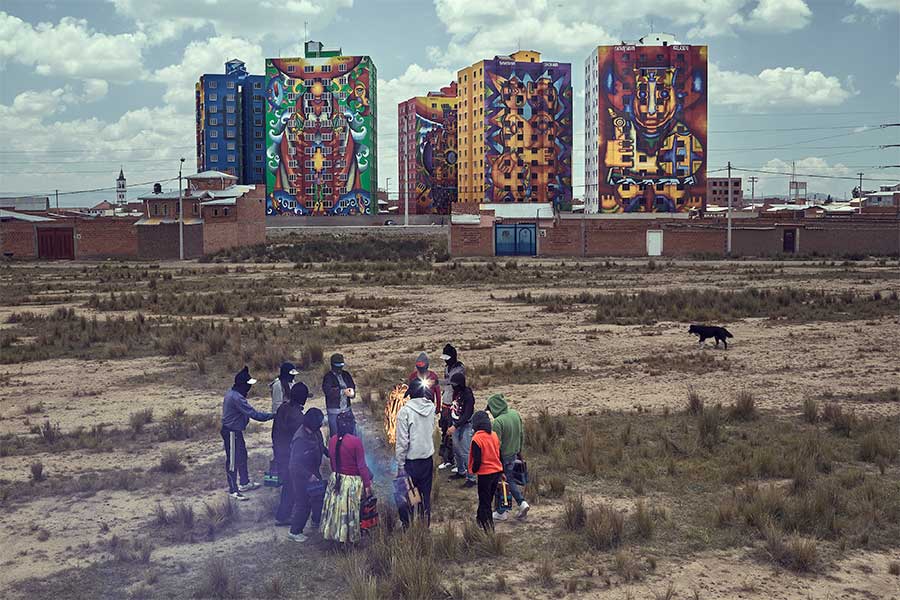 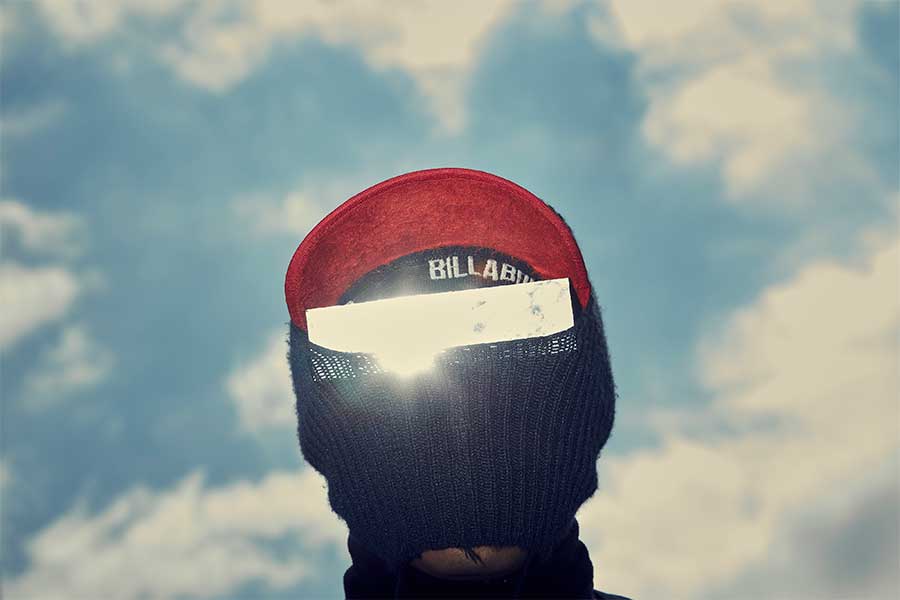 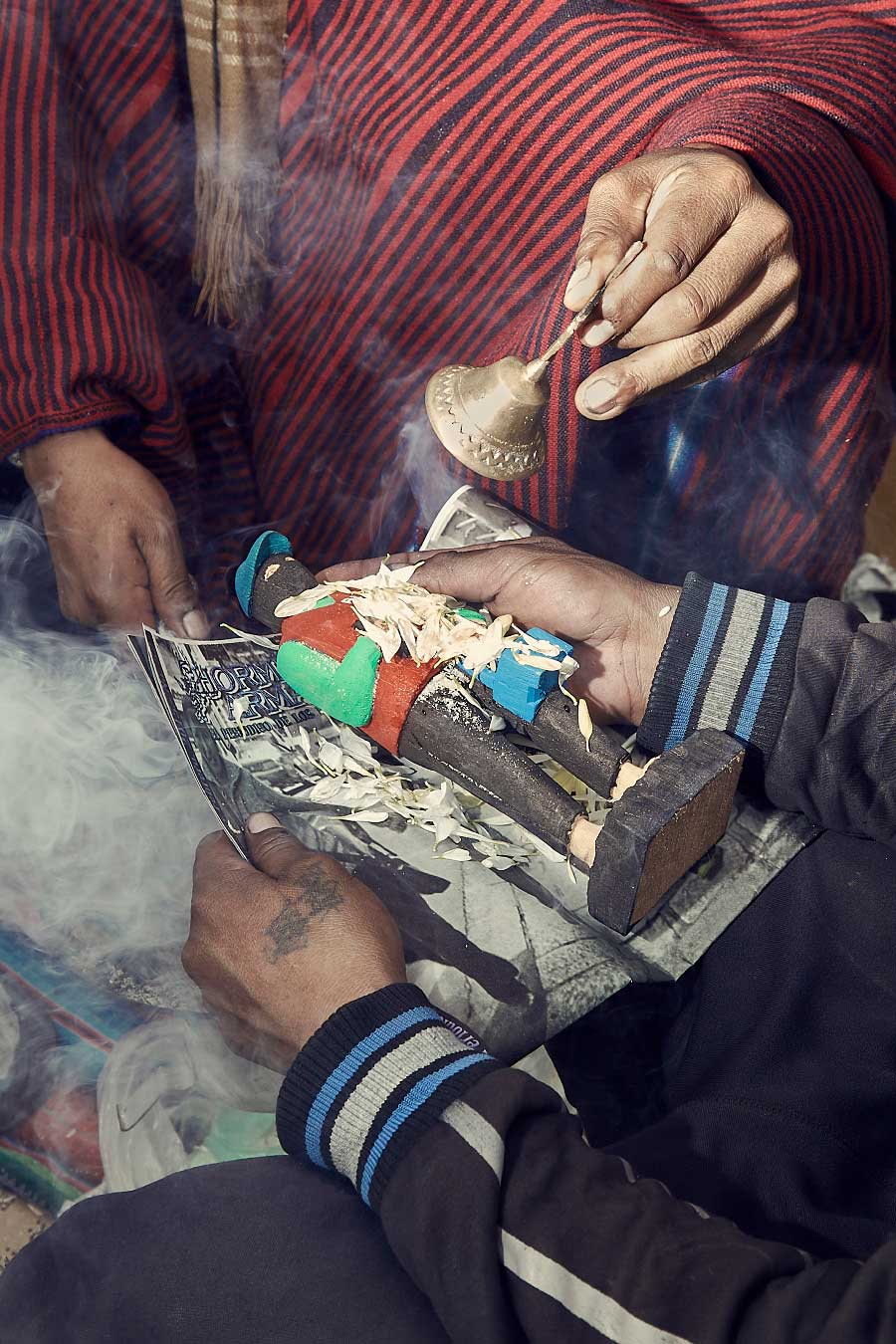 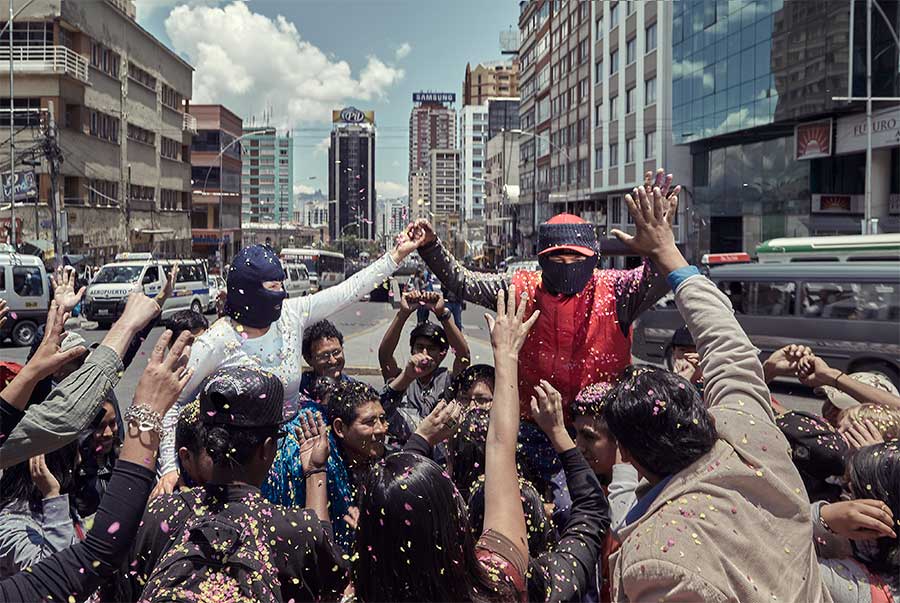 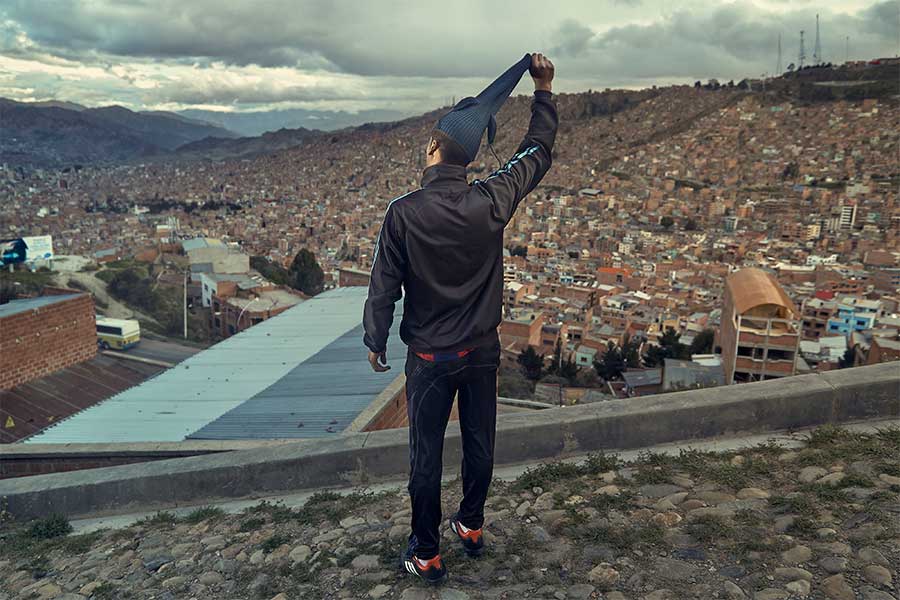