Lives and works in the United States.

Boy Play is portraits of young men, their bodies and faces resplendently painted in hues of pink and blue. With its focus on gender and binary colour coding, Boy Play playfully comments on the successes and failures of masculine masquerade. The work, shot in-camera with large-format film equipment, features Blake, Morgan and Richard—the same models Christa Blackwood collaborated with for The Boys of Collodion, a black-and-white series of portraits from 2013. The make-up and blue and pink hues were inspired by a relationship she had with a deeply closeted man. Over time, Blackwood became aware of and acquainted with a number of other closeted men: men who present themselves as straight, while keeping other facets of their sexual identities hidden. The public persona each of them presents serves as a mask that allows them to be seen in contrast to their actual selves. Obviously, sexuality is much more complicated than a mere gay, bi, or straight identity. It is Blackwood’s hope that Boy Play reflects this complexity, in part by casting young male bodies in varying shades of color – representing the blush and blur of fluid gender and sexual identities. 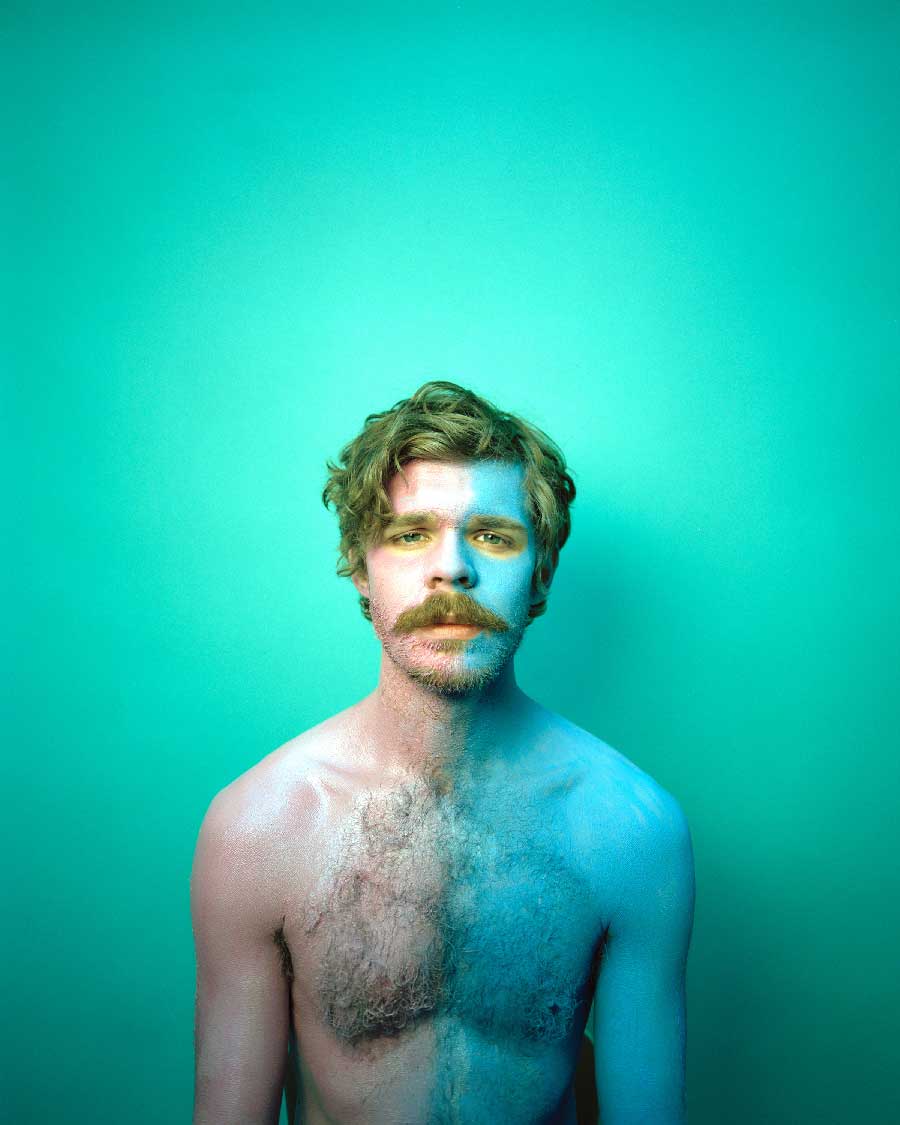 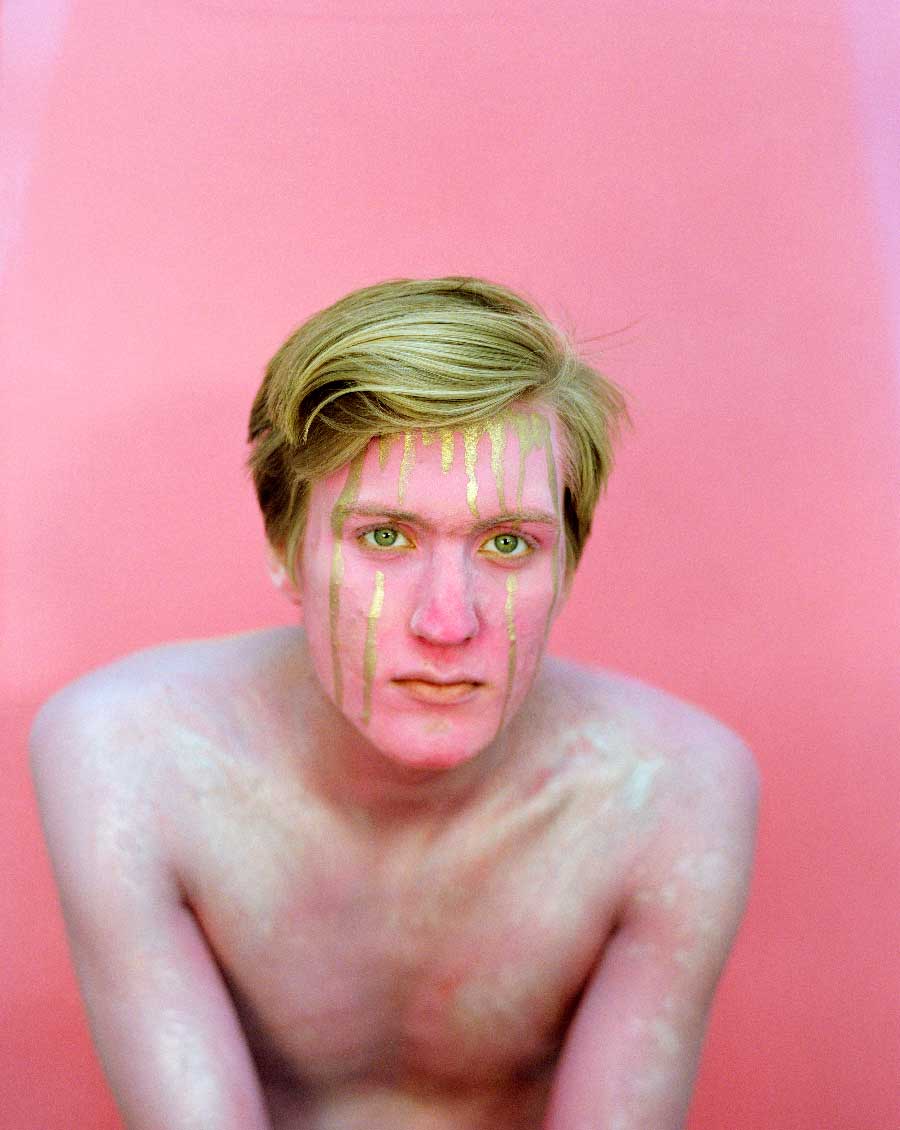 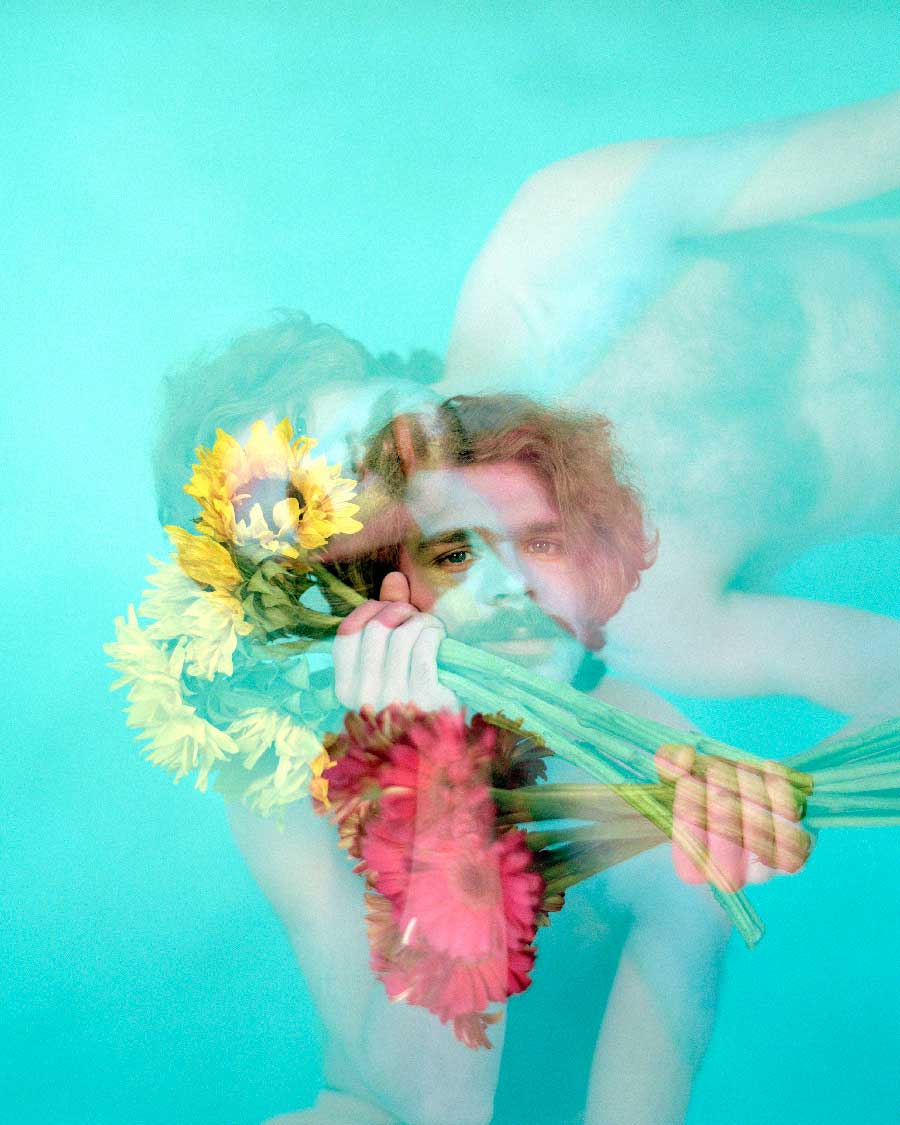 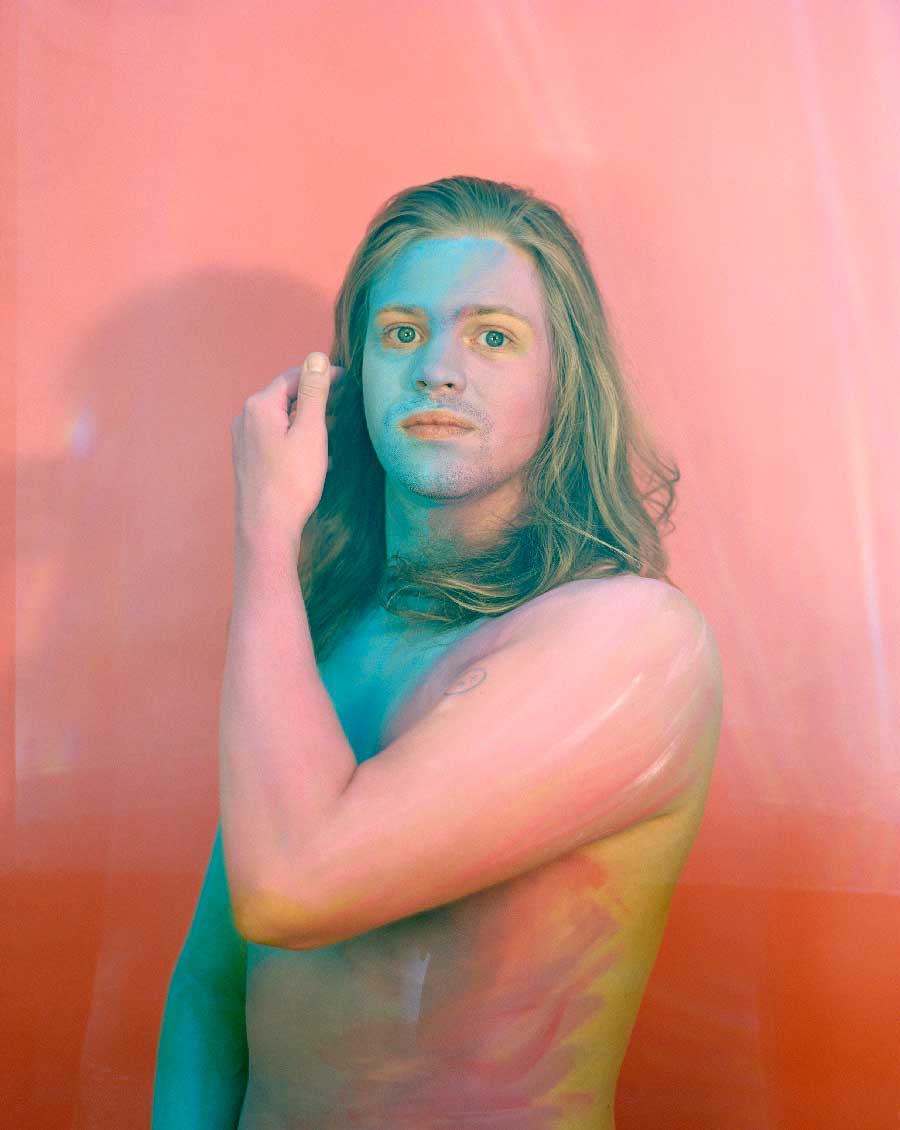 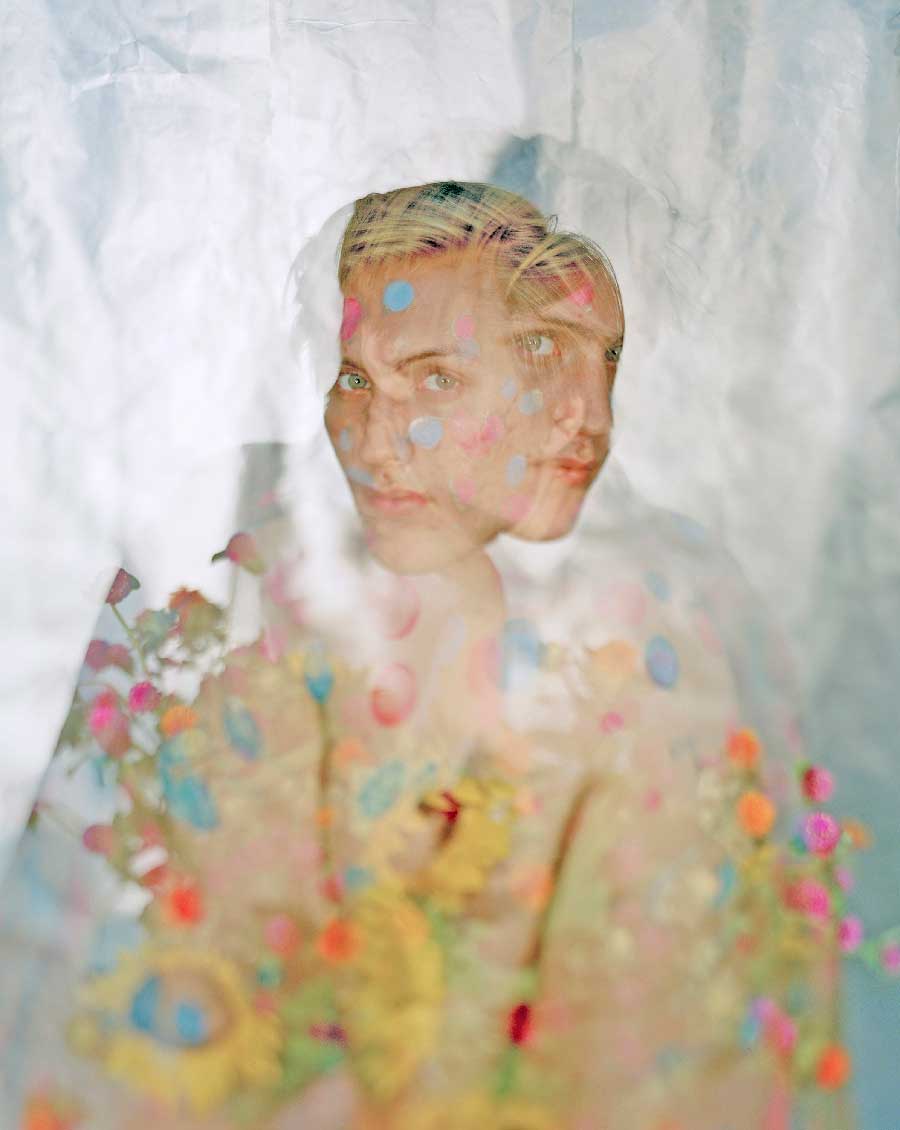 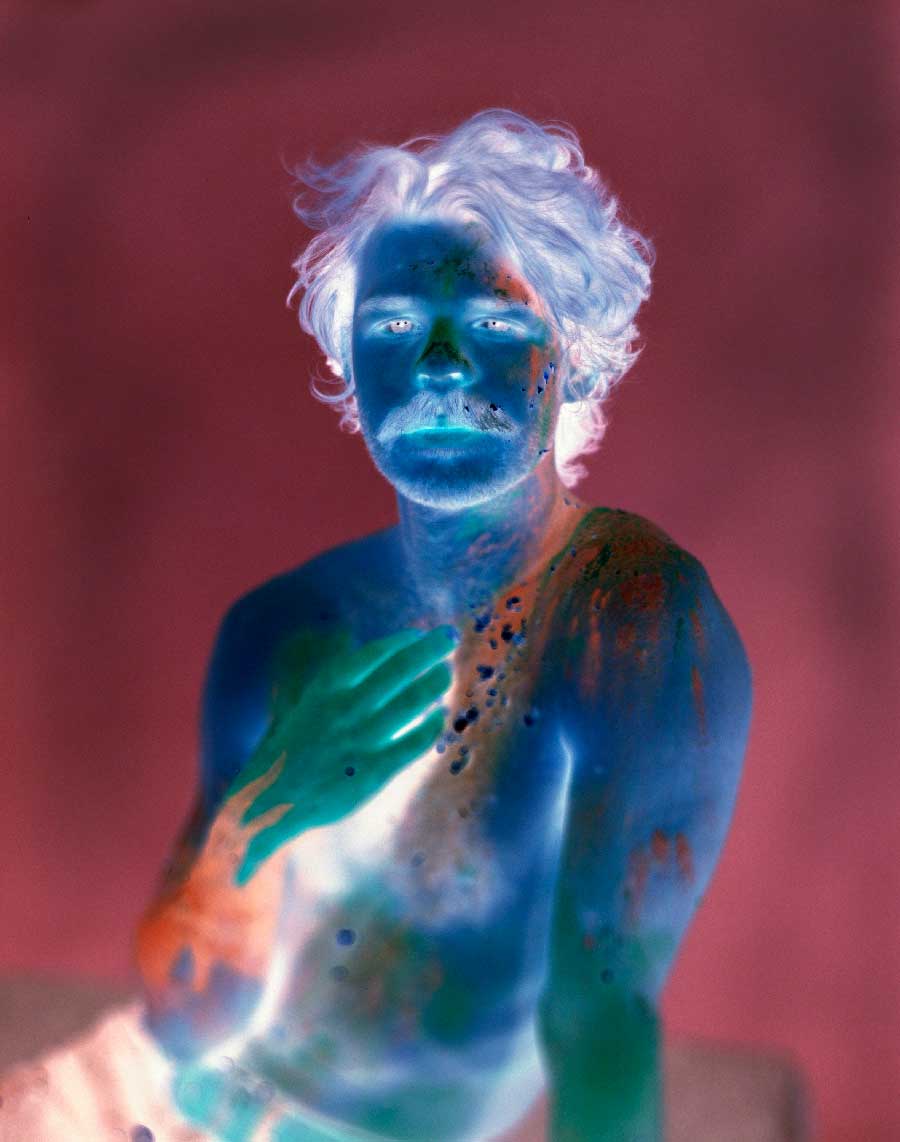 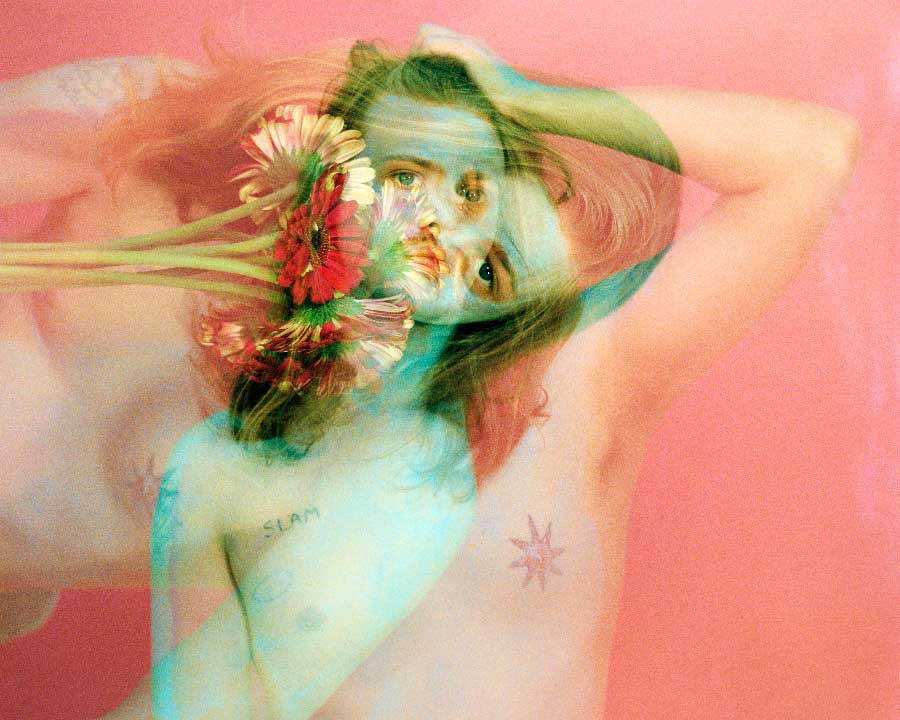