From Russia. Lives and works in Moscow.

Anna Miroshnichenko graduated from the Russian Academy of Theatrical art (GITIS). In 2013, she received a PhD in History of Arts.  She has attended different courses on photography – Nikita Evdokimov, Artem Zhitenev’s, Victoria Ivleva, Valery Nistratova, Anton Gorbachev, Sergey Maximishin and Gueorgui Pinkhassov. From 2016-2018, she studied photography at the School of Modern Photography DocDocDoc in St. Petersburg in Russia.

Femininity vulgaris:
My concepts of femininity were being developed in my childhood when I was observing my mother. My mother is a large wardrobe with an infinite number of underwear, clothes, jewellery. Lots of accessories to seem more attractive, slimmer, more beautiful. My mother is dozens of bottles with perfume and various beauty stuff: cosmetics, masks, massagers, appliances for burning fat. My mother is a plastic operation, her body is a separate object of manipulations for the sake of beauty. Things that will remain after my mother will somehow be related to the modification of body and face.

The body of the today’s woman is like a dress — it can be reshaped as desired, cut and took in somewhere, according to one concept or another. The female visual image, broadcast in the media and mass culture, is inseparable from sexuality, which increasingly acquires an aggressive nature. Including in relation to its own carriers, sexuality spurs to action and enslaves like a tyrant.

And whereas previously the woman was often perceived as an actor of the reproduction of life, now the reproductive function remains in the shadow of the demands of sexuality and cliched beauty, and the organs themselves can also be altered to suit contemporary body fashion. 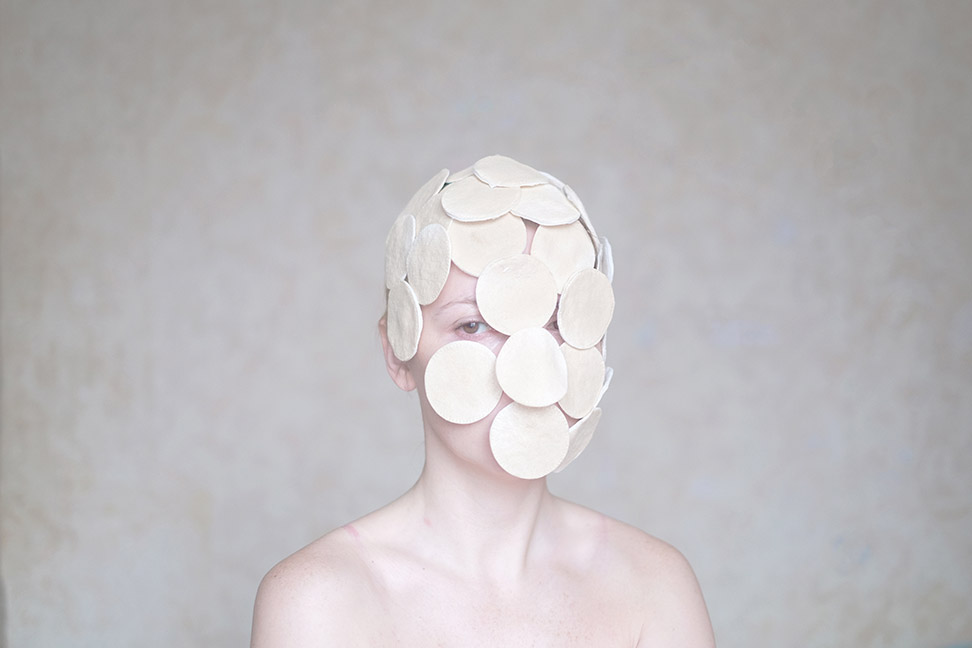 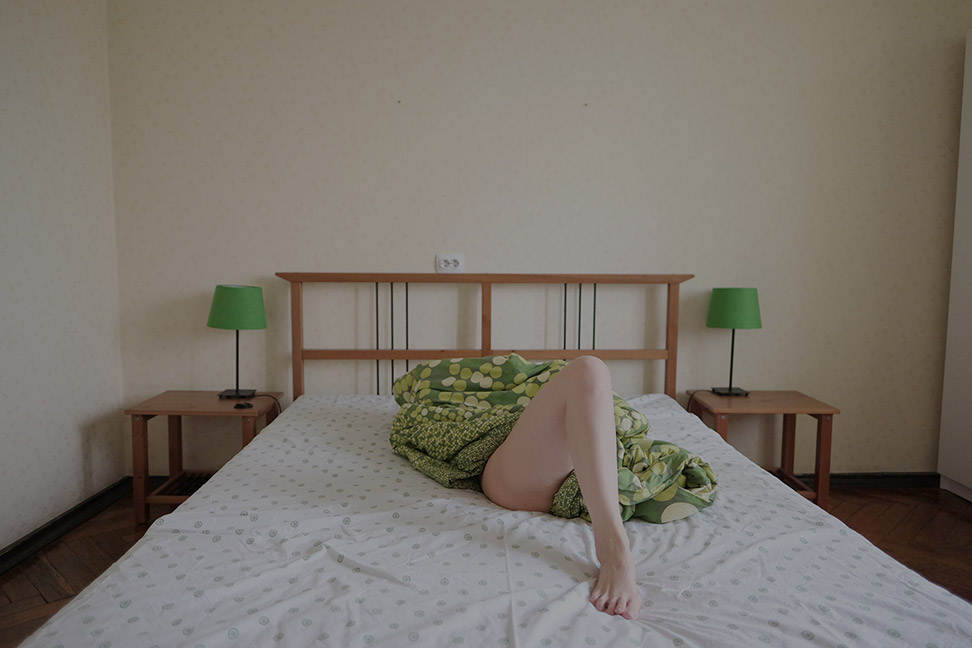 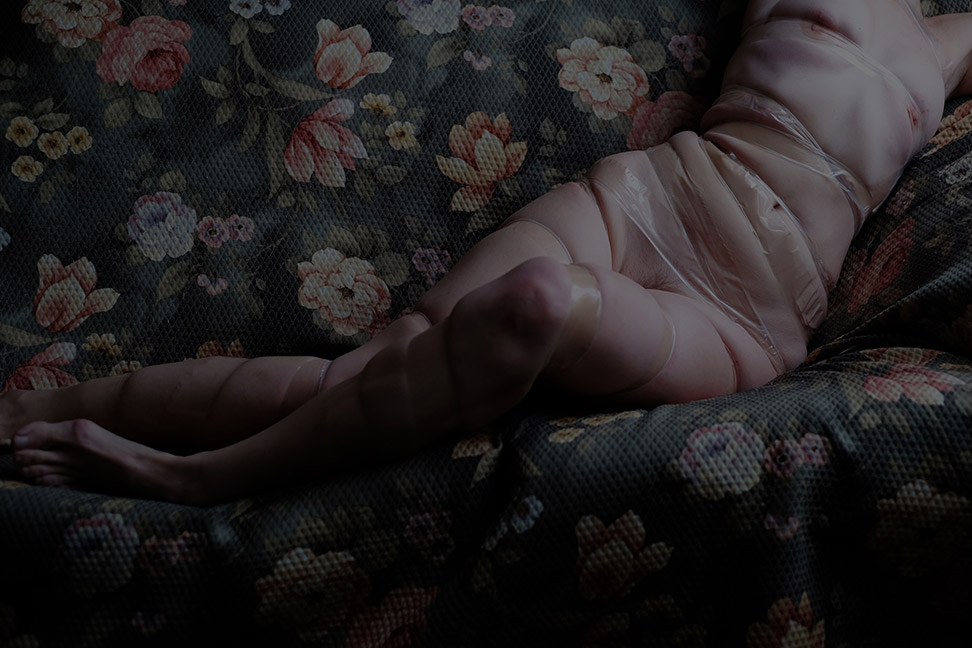 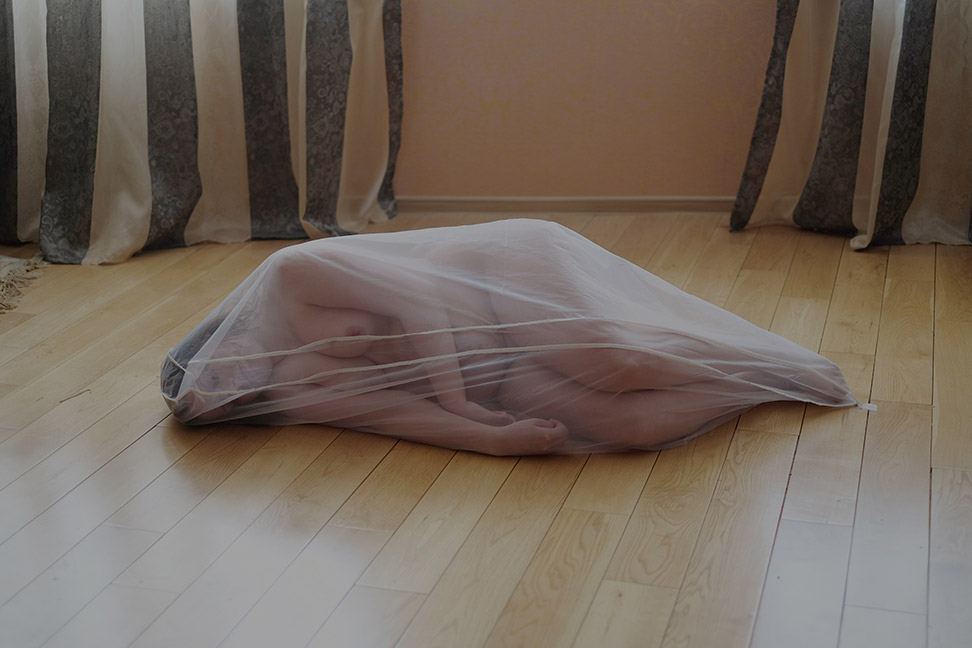 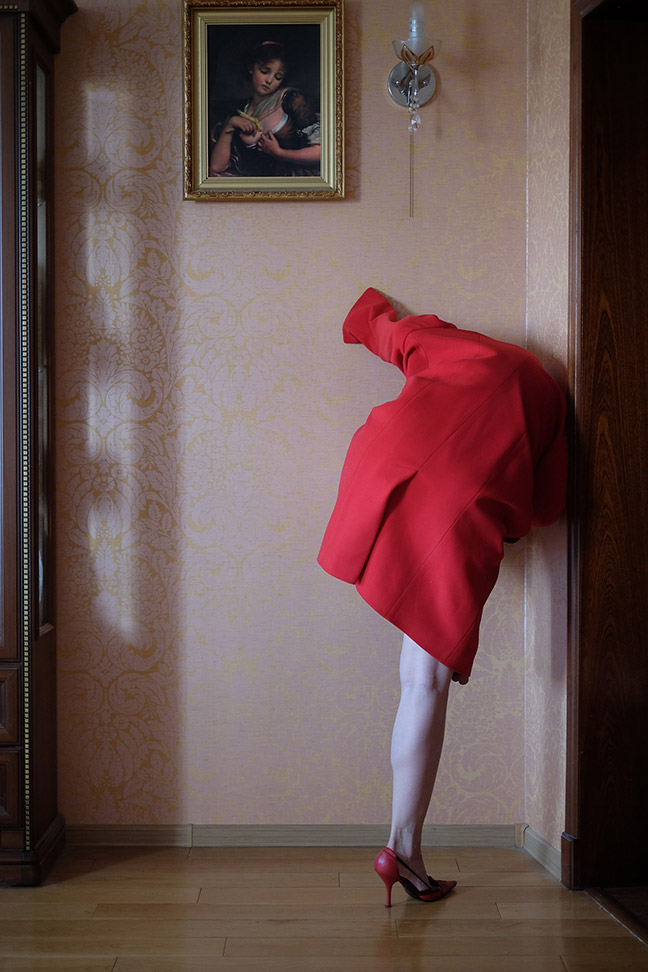 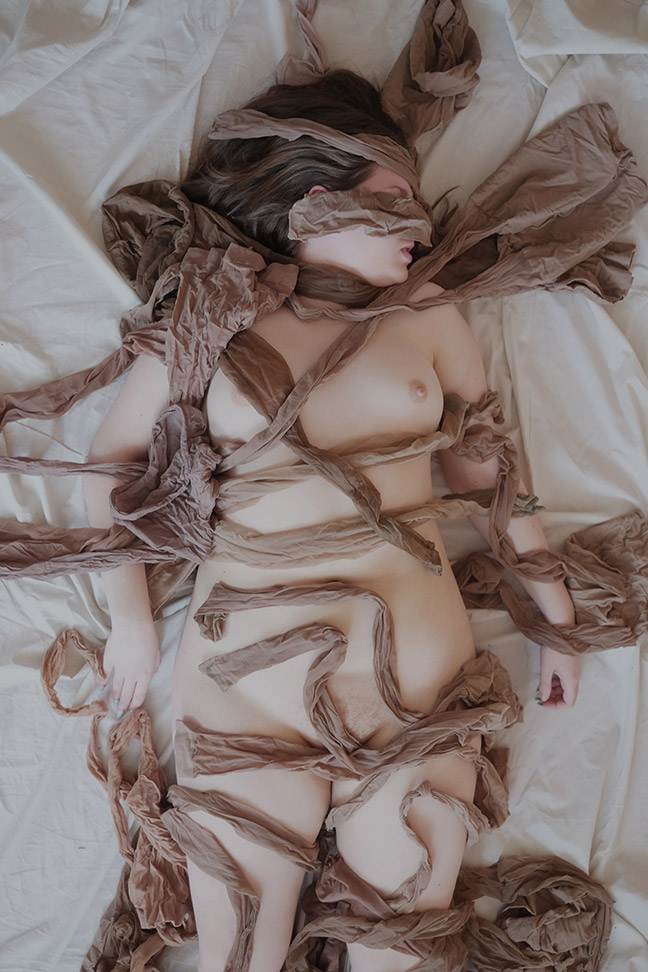 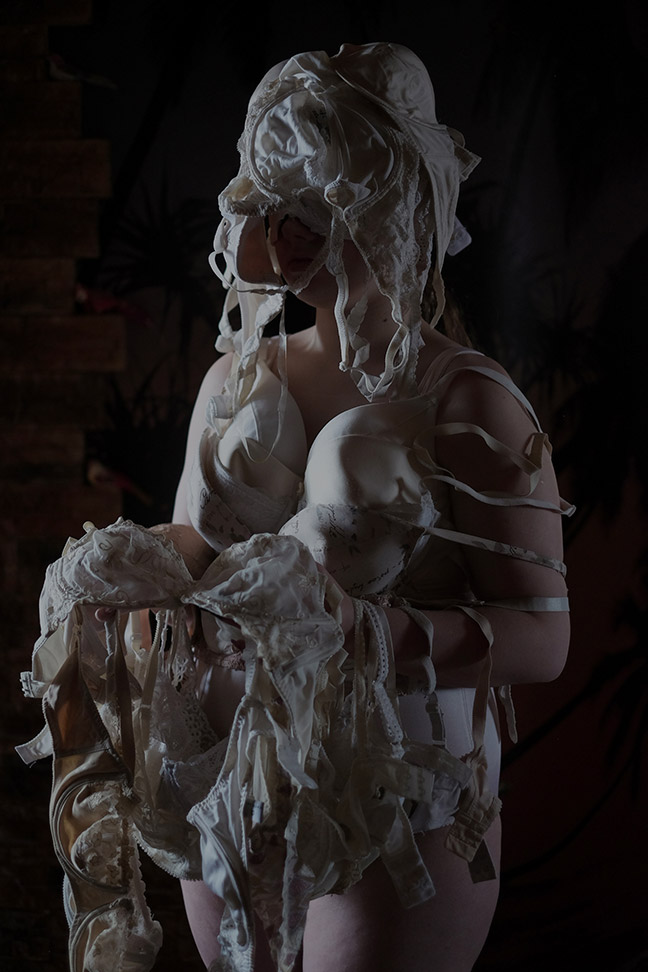 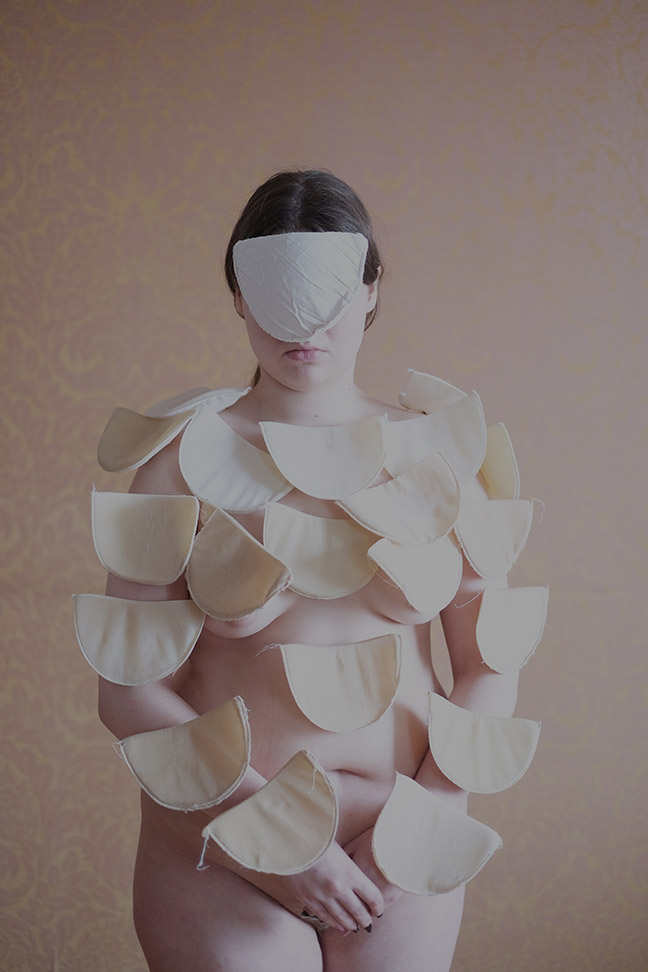 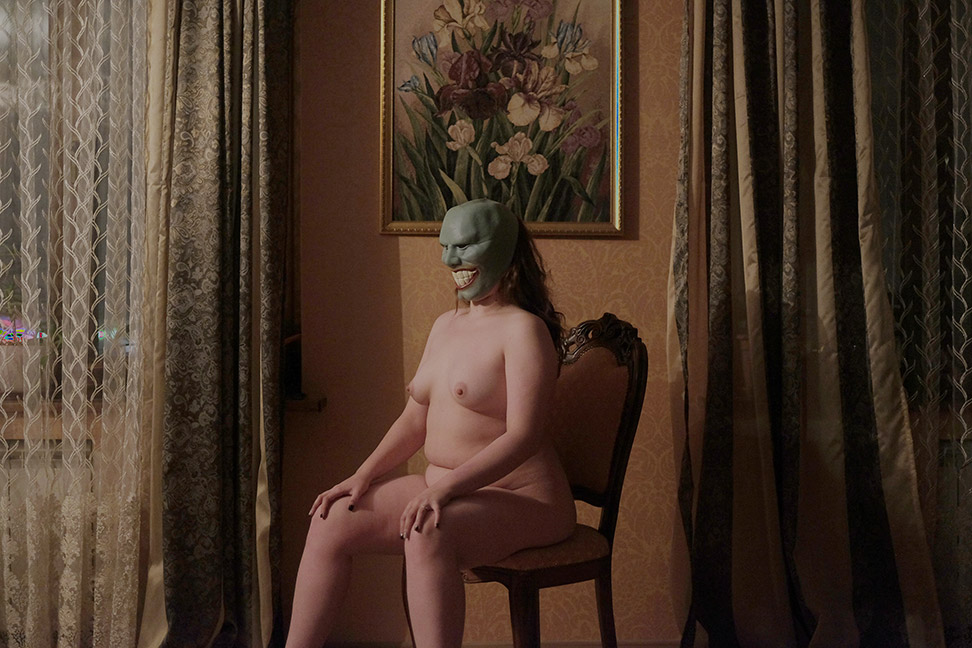 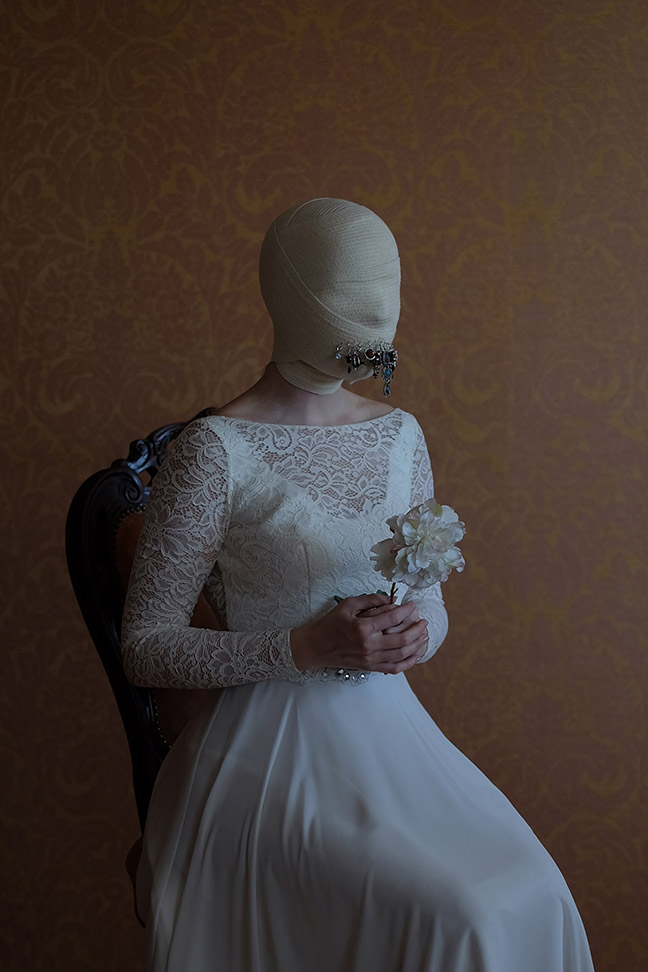