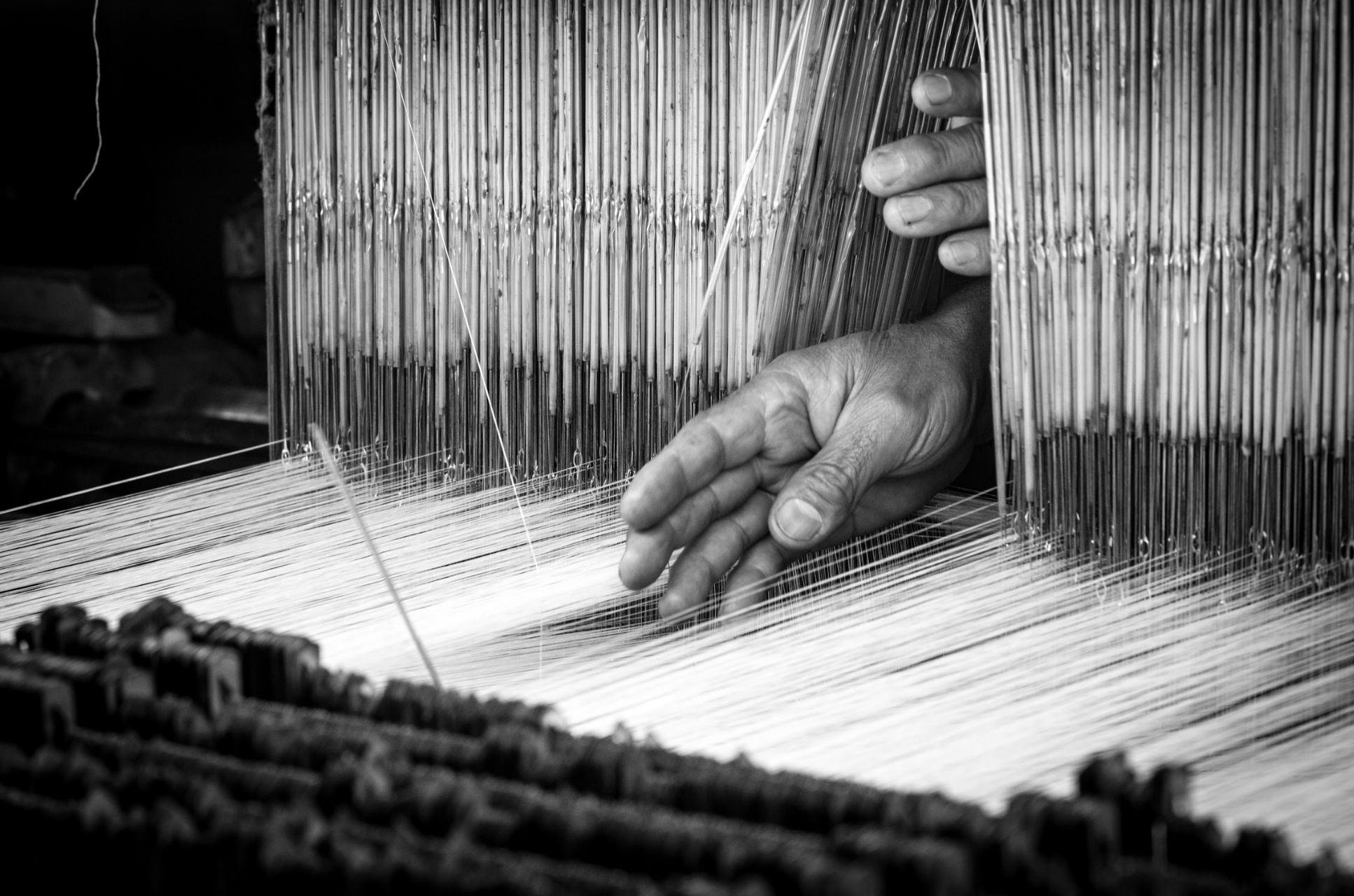 In this outdoor exhibition we're proud to show the work of the following artists: Isadora Frost, Brasil Touching Subjectivities What is it to be an anarchist in this moment in time? A non-state

Isadora Frost, Brasil
Touching Subjectivities
What is it to be an anarchist in this moment in time? A non-state government won’t be implanted any time soon, but we still can act anarchically. A good point of departure is thinking that borders and national identities are multiplicities and not fixed. To address that idea, I went on five journeys throughout my home country Brazil. I used a system that allowed me to reach towns that have been hidden from the media, outside tourist destinations. I took a bus to a town I’d never heard of, then chose another and repeated the process several times. Arriving in places I didn’t plan to also challenges the idea of borders inside my country. I created unusual interventions in the space, reinventing the function of the architecture and how a body should behave in it. That broke the usual behavioral conduct and what society views as acceptable. All the reactions were important because they unfolded into different situations.

Sometimes those interventions were perceived as threatening and the police were called. Sometimes the residents were curious, in which case I would ask them to direct my photo and give me ideas on how to position my body in their space, creating relationships in a playful way. This exchange of viewer/artist role also disrupted the artistic hierarchy: the passive viewer became active and the power became horizontal. These interventions became a way to call the attention of the residents to participate, and change their initial perception of me in a position of power as the image-maker. For a moment we weren’t strangers anymore but were both involved in the making of the photograph. The result was an investigation of interpersonal positions of power that engaged both parties in a conversation that revealed subjectivities of our cultural behavior and the nuances which show the multiplicity of our national identity.

Daniel Minsky, Argentina
Self Managed Factories
Around the year 2000 in Argentina financial speculation was much more profitable than productive work. The country was immersed in a de-industrialization plan, its external debt grew and poverty increased. Many factories were emptied and demolished by their owners in a deliberate way. They acted with highly calculated financial structures so declaring a bankruptcy produced more profit than operating a working company. Employees with several months without receiving their salaries were left without work or compensation. In a negative political context, there were no other work options. Several manufacturing plants were occupied by their workers who restarted the production. They had the difficulties of not having supplies, money to purchase materials and in several cases not having the machinery that was extracted or intentionally ruined by their fraudulent owners. The workers favoured strength and experience at work and they no longer had to serve under a hierarchical order that would leave them only with little income after all deductions. Collectively the workers repaired and restored the machinery and obtained supplies. They recovered the factories and fought for the expropriation that made them owners of their work. The movement of factories recovered by its workers is born in Argentina and after that crisis period, many other factories have been converted into self-managed cooperatives. Self-managed factories do not have an owner either a boss. All workers are cooperative members and they share the factory income. They have an elected president that takes the fast and simple decisions, the elected directory is in charge of more relevant things but all substantial and important aspects are decided in assemblies. This photographic work shows three examples of recovered factories working today. Thanks to self-management based on assemblies and fairer income distribution, the cooperatives break the habit of a rich employer and poor workers.

Janne Körkkö, Finland
Messages from Afar
After the war, when the media coverage gets more and more sparse, it feels like Mosul and its people no longer exist. There are ruins covered with smoke, streets filled with danger and rooms with stacks of bodies. People are traumatized by mock executions, violins buried in their backyards and packed suitcases waiting for the inevitable escape. As a city, Mosul often raises fear – but there is also hope.

For me, this hope means determinate women, fearless artists, small business owners who have returned to the city and the openness and kindness these people express to foreign visitors. The photo series ”Messages from Afar” was born from my passion to see and understand things from a different perspective. I want to see what’s behind the façade, in the places the mainstream media has already withdrawn from.

Although the photos are sharp and documentary in nature, they are also poetic contemplations of fear, loneliness and hope. The photos represent life as it is and thus have the ability to grab the viewer’s mind and transport them to the living rooms of real people. During my journeys in Iraq, I’ve come to understand what a sense of community truly means. I’ve also had the chance to see inside these tightly-knit local communities, to visit the societies of cultural figures who risked their lives during the ISIL occupation by continuing to produce their art in secret on the far edges of the city.

To the poets, musicians, minorities, and liberal thinkers of Mosul, the occupation era represented a return to the dark ages. The remains of that era can still be seen in their artworks today. My photo series gives the viewer a chance to experience the atmosphere of smoke-filled theatres, to feel the passion of the local artists and to hear the stories that are hidden in the streets. A crisis often gives birth to something new and this has been the case for me in Mosul. Let’s give these messages from Afar a chance to change our world.

Valerio Polici, Italy
Ergo Sum
I’ve been a graffiti artist for most of my youth. In a hidden world, far away from rules and limitations of society, I was searching for my freedom: intrusions, climbing in one way and out the other, in all sorts of dirty places. A parallel society where you have a possibility of re-creating your own identity from point zero. When a sense of imprisonment choked everything around me, I started to take photos of our missions to try to look at it from a different perspective.

For six years I travelled between Europe and Argentina following several groups, trying to give shape to my imaginary. A mental odyssey between the intestinal space of the cities, in search of that adventure that will never come because all possible scenarios were already drawn. That’s the waltz of the clandestine state of being.

Sem Langendijk, Netherlands
Agency, ADM
AGENCY is questioning the role of the community within the power plays of city development. Does a community have the right to claim the land after cultivating it for over 20 years? Is ownership strictly defined through legislation? Langendijk has photographed on the ADM over the last two years of its existence as a ‘free haven’ near the city of Amsterdam. He portrays the community as their alteration of the land. In this project the arguable question of ‘the right to the city’ is raised, driving from the personal background of the photographer, who has experienced several struggles between communities and other powerhouses that determine urban planning. The ADM community has been evacuated last December, after various legal battles with the city council. The ADM had become an internationally acclaimed experimental hub for working and living in conditions that defied the conditioned status quo of society. By creating their own system of allowing people to come-and-go, settled to be acknowledged by the community,

Denise Prince, United States
Captivating, Not Captive
ANAMNESIA: Captivating, Not Captive To see beauty is to know love but, while the apprehension of beauty is through the eye, it is through the lens’s’ marriage of light and beauty that the psyche is truly captivated. Light mediates the relationship between physical and intellectual reason, an elegant analogy between enlightenment and illumination, between physical and intellectual vision. We’ve always delivered fire. We’ve always deified light. Plotinus saw a world awash in divine light, infusing matter with spiritual forms. Heraclitus exalted fire as the first principle. Denise Prince sees beauty beyond the veil of ego. Beauty radiates fully formed from Prince’s subjects, infused with divine light as aesthetic objects. It is eyesight on fire, threatening to seer [sic] into one’s soul if one looks directly, scarred by the light of reason and the light of the sun. The dilemma, ought we see, is anamnesis or amnesia. If we perceive beauty it induces anamnesis, a memory of a terrific encounter with the Real, a meaningless traumatic hole. Then one must choose: either captive to trauma or captivated by beauty. If one is captive then one remembers only the anxiety of that esoteric encounter with the Real; but, if one is captivated then one is driven by the desire to know and love, to recollect, to recover Prince’s revelation. Charles Merward, a clinical philosopher and psychoanalyst

Annagenia Jacob, Germany
stay as you are
While I was working at Nature One, one of the largest European electronic music festivals as a field cleaner, I found my interest in the trash that I collected. I see the trash as archaeological objects that tell a lot about the time we are living in and about the festival community. Besides that the environment where the festival takes place is very special. The Nature One takes place at a former missile base. In the 1980s, the deployment of 96 nuclear cruise missiles moved and mobilized many people nationwide to be part of protests. During these years demonstrations, peace prayers, Easter marches, sit-ins and resistance camps marked the area. Since 1996, every year thousands of people celebrate between the bunkers and barbed wire fences. Nowadays the area is again used for military purposes.

The raw landscape and atmosphere during the festival reminds us of the fragility of peace. By finding my images I was interested in the rough character. Drinking, celebrating and losing yourself in music bear also a destructive element. Expressive things mostly come from a feeling that is oppressed. For many people techno music, dancing and celebrating is a way out of their regular life. For money you buy the legacy to do what you want. You get an idea how anarchistic structures might work. Of course Nature One is a huge business, but for a lot of people it gives them the feeling of a safe space where they can go wild and release their pressure. What might seem just like a fun thing, always bears something political. This festival tells you a lot about people and their needs.