From Italy. Lives and works in Napoli.

Ciro Battiloro (Torre del Greco, 1984) is an Italian photographer based in Napoli. He studied philosophy at “Federico II” University of Napoli and after he specialized in documentary photography. For a long time he has photographed outside Italy, travelling in Africa (especially Senegal and Morocco), Iran, Macedonia, Turkey, Romania. His work is an overall analysis on the human being and how the relationships, lived in contexts of discomfort and social neglect can reveal their real nature and give birth to an unexpected beauty. He uses a very intimate approach and through everyday life he discusses more general’s social thematics. In particular, his research of the last years is focused on some southern Italy neighbourhoods (Rione Sanità in Napoli, Quartiere Santa Lucia, Cosenza) that after historical processes and building policies, suffered from a gradual ghettoization. Discovering the links between seemingly different places, united by a humanity full of passions and analogous problems, scratching the surface of things to show the light of feelings in their sweetness or brutality: this is his way of photographing. In 2015 he took part in the 2nd edition of the LAB, Irregular Laboratory created by Antonio Biasiucci. In 2017 he was selected for the artistic residency Bocs Art – International Artistic Residences 2017. His works have been published in several magazines and been exposed in different museum/galleries. 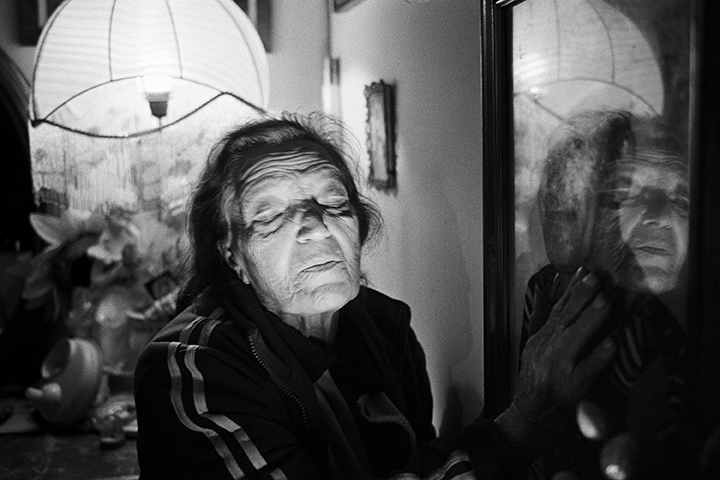